You are here: Home » Partners » Greece

Greece, a member of the EU since 1981, is located in Southern Europe, at the crossroads of Europe, Asia, and Africa, situated on the southern tip of the Balkan Peninsula, and has a population of 11 million. Athens is the nation’s capital and largest city. Greece has the longest coastline in the Mediterranean and the 11th longest coastline in the world (13,676 km / 8,498 mi in length), also featuring a large number of islands. It’s a mostly mountain country with the mythological Mount Olympus being the highest peak at 2,918m (9,573 ft). 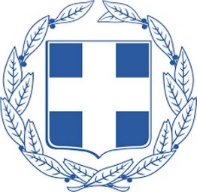 Greece is one of the favorite global tourism destinations and its rich historical legacy is reflected by 18 UNESCO World Heritage Sites. Greece is considered the cradle of Western civilization, birthplace of democracy, philosophy, literature, historiography, political science, major scientific and mathematical principles, and drama, as well as the Olympic Games, which it once expanded through much of the ancient world through Alexander the Great’s conquests and legacy. It was part of the Roman Empire and the dominant culture in the Byzantine Empire. Greece came to be under Ottoman dominion in the mid-15th century, while the modern nation state of Greece emerged in 1830 following a war of independence. 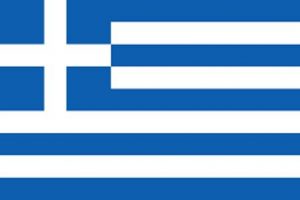 Larissa holds a central position in the country, because it’s situated along the main transport axis of Greece, connecting Athens and Thessaloniki, with the airport of Central Greece less than an hour away. 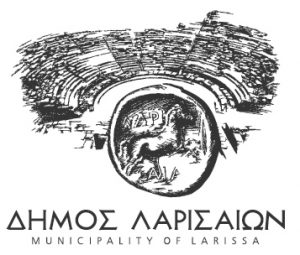 The City of Larissa is the capital of the region of Thessaly in Central Greece. The total area of the city is 335.12 km² with a population of 160.000 inhabitants (2011 census), with a significant rural hinterland, and hosts many public organizations, educational and financial institutes and health institutions, while it has a considerable production infrastructure and commercial activity.

The city of Larissa has 8 000 years of history, with two ancient theaters within its urban structure. It also has an important modern-day cultural and infrastructural history: the famous first regional Municipality Theatre, The Municipal Art Gallery of Larissa – G.I. Katsigras Museum, with a significant art collection and art workshops for children, the Ethnographical Historical Museum of Larissa, and the Archaeological and Byzantine Museum of Larissa, the Municipal Conservatory, every spring the International Film Festival of Larissa / Artfools, the Cultural Festival of Pinios in June, just to name a few.

Sports are largely supported in the city, with a significant infrastructure of sports facilities, as well as athletic events. The Municipality of Larissa has created several  fully equipped sports facilities, which are ready to accept all citizens and accommodate any kind of event. In more than 10 district sports centers the Municipality supports Sports Academies, organizes Students’ and Local Associations’ Sports Championships and hosts athletic events throughout the year (RunGreece-Larissa, the event “Run Pinios”, the Half Marathon race “Tirnavos – Larissa”, the “Hippocratic” swimming races, Panthessalian track events for the Disabled, etc.)

The city is in close proximity of many interesting destinations in the region (mount Olympus, mount Kissavos, Meteora, Lake Plastira, Pilio, etc) suitable for daily trips.

The Municipality works very closely with the immigrants situated within its districts. Therefore there is the Department of Youth, Vocational Training and Gender Equality under the Directorate of Sports, Culture and Social Policy, which collaborates with the local immigrants’ communities (Albanian, Bulgarian, Russian, Romanian and African)

It is also worth noting that within the Municipality’s districts, more than 400 immigrants from Middle East, have been situated in an Immigrants’ Reception Center, while another 200 are expected within the next few months

Larissa is a very youthful and live city, with many cafés, restaurants and taverns, situated by the most part in the pedestrian centre, along with a very active commercial centre and in walking distance from many of the city’s historic monuments.

It’s a city full of cultural activities and events, such as amateur theater performances, a lively scene of music bands and choirs, the symphonic and the philharmonic orchestra, very active local culture associations for folklore music and dance, a well known photography club, and galleries that promote the very productive local artists. The Municipality of Larissa has also a long tradition in operating District Culture Clubs for arts and crafts for both children and adults, a famous Puppet Troupe – Tiritompa – that operates the only Puppet Museum in Greece and the Municipal School of Ballet that has showcased prominent dancers.

The Mill of Pappas is a cultural heritage museum in Larissa, a living part of the history of our city with a significant legacy of memories.

The founders, Constantine Pappas, Skaliora Konstantinos and Christos Dimitriadis once bought in the district Tampakika area of 10 acres then create a company, founded and operated a mill in 1893, the time when Larisa also maintained intense characteristics of a Turkish city.

Today the mill hosts cultural activities. It houses and executes a school dance, visual arts workshops, a small theater with a capacity of 150 people, City’s Philharmonic, film club, and puppets.

Today it continues to offer different things to the city. The imposing facade awes visitors, evokes memories of the past, and connects the present with seasons past.