You are here: Home » Partners » Bulgaria

Municipality of Sandanski is located in south-west Bulgaria and is the biggest municipality in the district of the Blagoevgrad region.  She covers area of 1002 square miles with the population of 46 113 people, 54 settlements, including the smallest town in Bulgaria – the town of Melnik. The slogan of our municipality is – “Place of beauty, history and health”.

Municipality of Sandanski includes a big part of Sandanski Petrich valley, along the middle course of the Strouma River, the west and south-west slopes of the Pirin Mountains, parts of Slavyanka, Maleshevska and Ograzhden Mountains.

Municipality of Sandanski has tangible and intangible resources and a well-developed tourist infrastructure. The unique climate which is formed by the coolness winds from mountains Pirin, Ograzhden and Slavyanka with the hot air masses coming from the Mediterranean from Greece. The climate with combination of the 80 mineral springs attracted settlers from the end of 13th century onward. 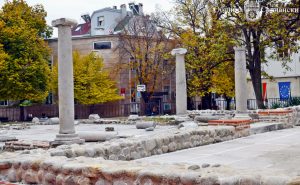 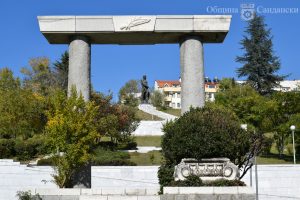 Today in the municipality of Sandanski monuments from the first human settlements date back to the 13th century. Chronologically our heritage is divided into 4 large periods. These periods are – Neolithic period; Ancient period; Medieval / Renaissance period, and contemporary period.

In antiquity the territory of the town of Sandanski was inhabited by the Thracian tribe Medi. In the time of Philip II Macedonian, the growing Macedonian Empire conquered the region. In 168 B.C. Rome conquered Macedonia and later organized it as a Roman province.

It is known that Roman military commanders undertook campaigns along the Strouma River valley, and it was during this time that the Thracian, Spartak, was captured. Later on, he was the one that started the first and the biggest slave uprising against Rome (74-71 B.C.).

The official acceptance of Christianity as a religion of the Roman Empire lead to the flourishing of the Christian architecture and art.

Sandanski became a Christian town, the successor of the ancient one. It became a big religious center with strong influence, the proof of which are the five basilicas found so far.

Among the most prominent cultural monuments from this period are:

24 km south-east we can find the administrative and cultural center of Municipality of Sandanski, the fairy-tale town, declared as a town-museum and a historical reserve of international cultural significance – Melnik. 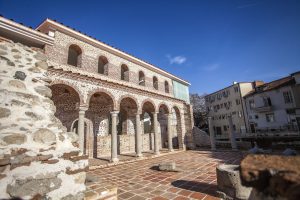 In the modern period since the year 1981, Municipality of Sandanski has a unique town park, one of the biggest in Bulgaria, named “Sveti Vrach.”  There are over 200 plant species growing in the park, among them hundreds of years old plane trees, declared as natural landmarks. The park is the only one in Bulgaria with sand paths, and with several swinging bridges overhanging the Sandanska Bistritsa River flowing through it.

In the park, we can also find wooden alcoves, playgrounds for children, a number of small water attractions, as well as the big artificial lake with peddle-boats, which makes the place even more remarkable. The open theater and the stadium are situated at the very heart of the park.

18 kilometers southeast from Sandanski, in the Pirin Mountains, lies a mountain resort – Popina laka, with its 11 meters high magnificent waterfall.  Municipality of Sandanski also spreads over parts of Pirin National Park that is included in UNESCO World Heritage List.

In “HE-ART, Heart of Europe”, we talk about peace, solidarity, tolerance, and love between cultures and about European cultural heritage. Spartak embodies precisely such a collection of images. Although his name is associated with one of the greatest revolts in the ancient history of our continent, Spartacus is rapidly becoming a collective image of freedom, a symbol of equality between people regardless of nationality.

Spartak’s companions were not divided by nationality, gender or age. What connected them was the struggle against social inequality and the universal human desire for freedom and happiness. Although he was a leader of the uprising, he did not fight to conquer territories and states. Spartak just had a desire for himself and others to go home, because their common home was Europe.

Empathy, understanding, and tolerance were the foundations upon which Spartacus built his community. Today, we build our common home – United Europe. This home, where Spartak wanted to take his people – the men, women, children, and elderly, of all nationalities of the continent. This is the reason why we chose Spartak’s image for our Heart Point.

The Association Euni Partners is based in Bulgaria – a country situated in southwestern Europe, which borders on Romania, Serbia, Macedonia, Greece, and Turkey, by the Black Sea. Its capital and largest city is Sofia.

The main cities have left their Communist-era image behind and changed, into vibrant and attractive places, with well-preserved architecture, unique character, and a lively nightlife. Bulgaria has great natural diversity – spectacular mountains, golden beaches, and a rich wildlife. Although Bulgaria is not a huge and well-known country, it has a rich history. The tangible and intangible heritage along with the beautiful landscapes, makes the country a wonderful place with own character.

Association Euni Partners is a non-government organization, based in Blagoevgrad, Bulgaria, working in the fields of education and training, social, cultural and artistic projects, sustainable development and consulting.

Euni Partners extensively works with people from and outside educational institutions, as well as with people from geographically distant or rural areas, and people with learning difficulties and disabilities who usually face major difficulties in taking part in qualification courses and trainings, career orientation workshops, and other initiatives. The Association is aiming to improve the quality of education and training in accordance with the needs of the labour market. Therefore, we offer career–orientation support and professional training.

The Association consults and supports local authorities in the development and implementation of socially beneficial initiatives that provide involvement in social life and decision-making, initiation of policy reforms through the creation of networks of towns across Europe, development of local economies, preservation of tangible and intangible heritage, etc., to the citizens.